The heat wave that smashed high temperature records in five European countries a week ago is now over Greenland, accelerating the melting of the island’s ice sheet and causing massive ice loss in the Arctic.

Greenland, the world’s largest island, is a semi-autonomous Danish territory between the Atlantic and Arctic oceans that has 82% of its surface covered in ice. 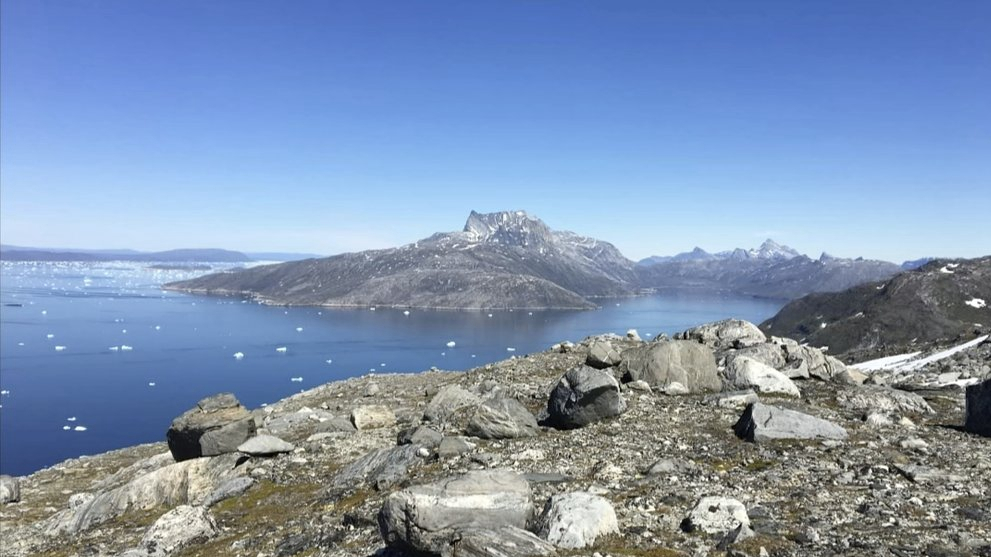 The area of the Greenland ice sheet that is showing indications of melt has been growing daily, and hit a record 56.5% for this year on Wednesday, said Ruth Mottram, a climate scientist with the Danish Meteorological Institute. Mottram said that’s expected to expand and peak on Thursday before cooler temperatures slow the pace of the melt.

More than 10 billion tons of ice was lost to the oceans by surface melt on Wednesday alone, creating a net mass ice loss of some 197 billion tons from Greenland in July, she said. 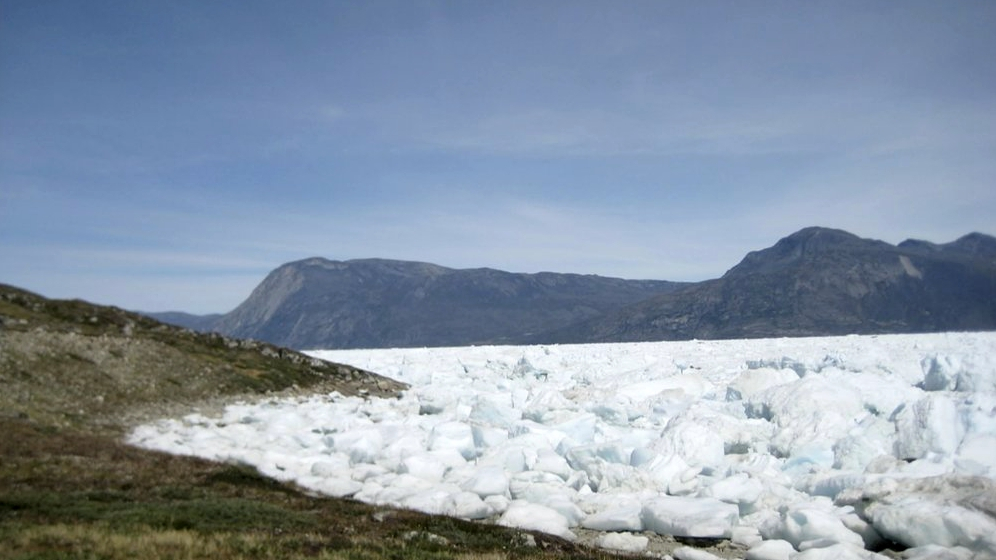 “It looks like the peak will be today. But the long-term forecast is for continuing warm and sunny weather in Greenland, so that means the amount of the ice loss will continue,” she said Thursday in a telephone interview from Copenhagen.

The scope of Wednesday’s ice melt is a number difficult to grasp. To understand just how much ice is being lost, a mere 1 billion tons – or 1 gigaton – of ice loss is equivalent to about 400,000 Olympic-sized swimming pools, the Danish Meteorological Institute said . And 100 billion tons corresponds to a 0.28 mm (0.01 inch) rise in global sea levels.

A June 2019 study by scientists in the U.S. and Denmark said melting ice in Greenland alone will add between 5 and 33 centimeters to rising global sea levels by the year 2100. If all the ice in Greenland melted – which would take centuries – the world’s oceans would rise by 7.2 meters, the study found.

The current melting has been brought on by the arrival of the same warm air from North Africa and Spain that melted European cities and towns last week, setting national temperature records in Belgium, Germany, Luxembourg, the Netherlands and Britain.

Heat waves have always occurred, but Mike Sparrow, a spokesman for the U.N. World Meteorological Organization, noted that as global temperatures have risen, extreme heat waves are now occurring at least 10 times more frequently than a century ago. This year, the world saw its hottest month of June ever.

“When people talk about the average global temperature increasing by a little more than 1 degree (Celsius), that’s not a huge amount to notice if you’re sitting in Hamburg or London, but that’s a global average and it’s much greater in the polar regions,” he said. The heat wave that smashed high temperature records in five European countries a week ago is now over...