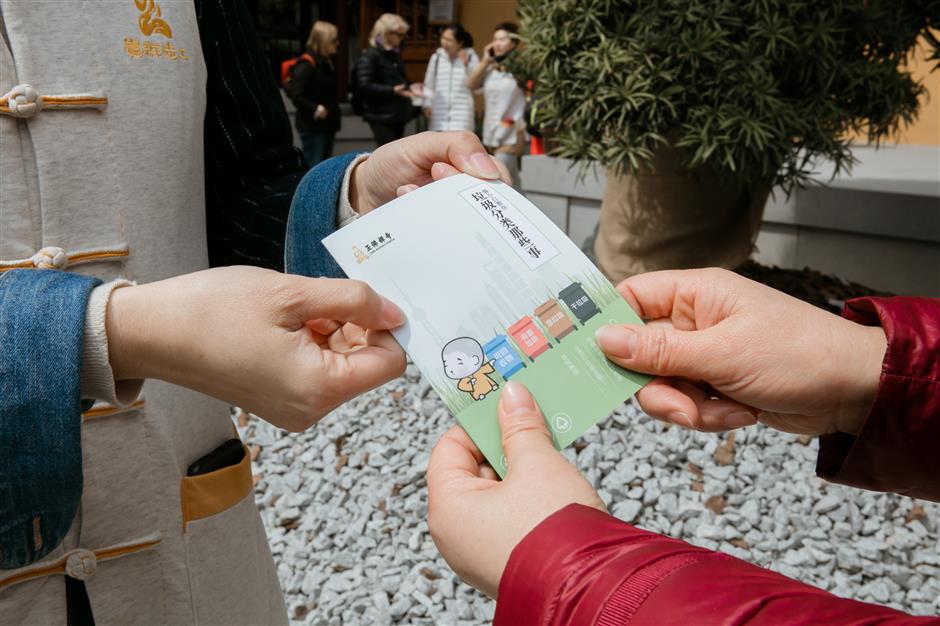 Shanghai’s Jade Buddha Temple installed a cutting-edge garbage shed on Tuesday as part of its efforts to encourage visitors to dispose of their waste responsibly.

The shed features a machine that can dry and compress kitchen waste to reduce the burden on nearby garbage stations. 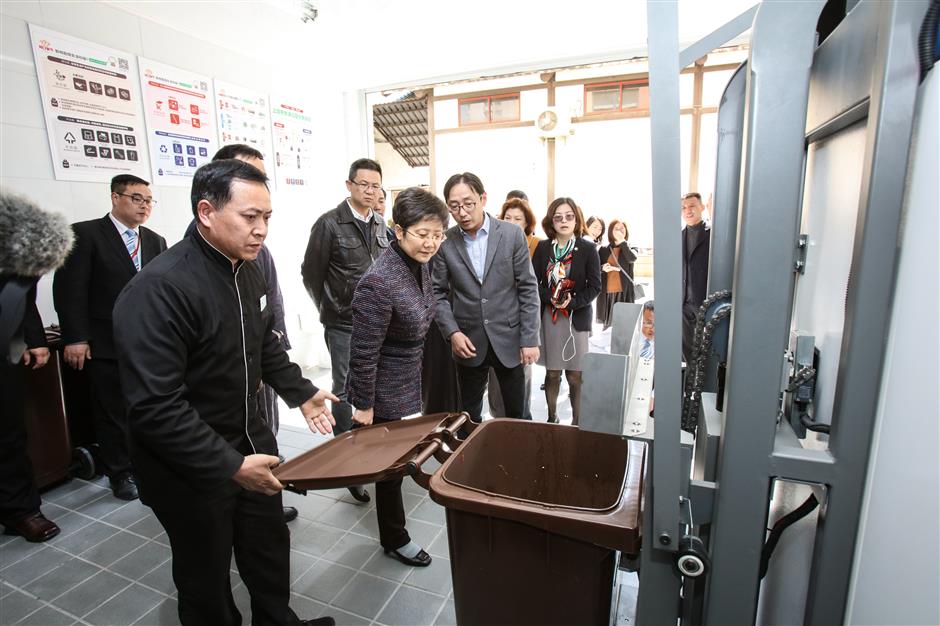 The temple hopes the 50-square-meter shed will set an example for its worshippers and visitors from both home and abroad.

The temple, built in 1882 and renowned for its Jade Buddha, is one of the city’s most popular sites, attracting 1.2 million visitors a year, a third of them from abroad.

More than a dozen bins for recyclable, dry and wet waste have been installed at the temple, including in its vegetarian restaurant and working, meditation and dining rooms as well as the monks’ dormitory. 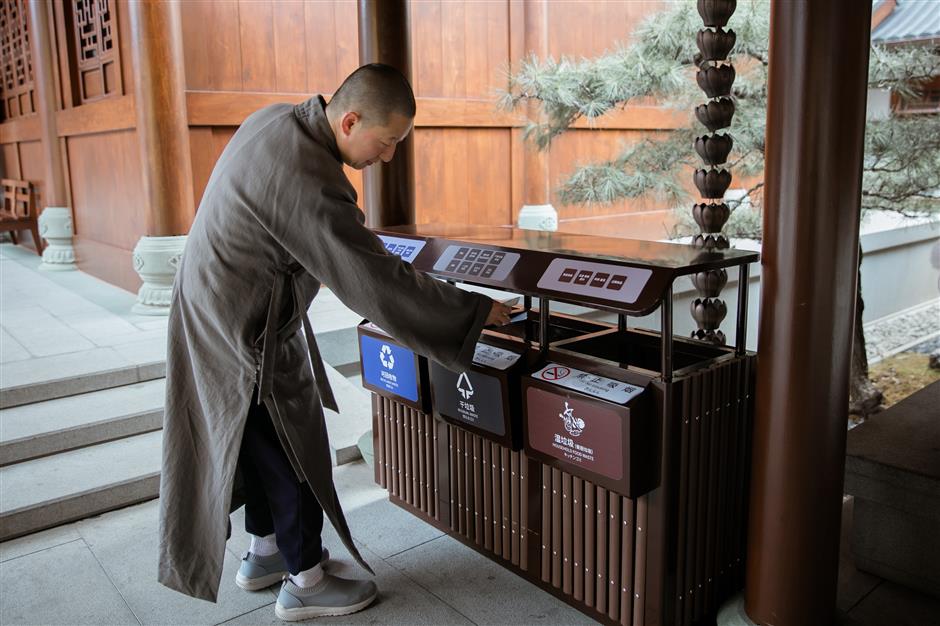 Each bin is color-coded as well as illustrated and labeled in Chinese, English and Japanese with examples of what type of garbage should be dumped.

The temple has also published a pamphlet and advocates garbage-sorting on its WeChat account, using cartoon characters to convey the message.

The temple said it hoped other Buddhist temples in the city would follow the example and promote green habits.

Shanghai's Jade Buddha Temple installed a cutting-edge garbage shed on Tuesday as part of its efforts...