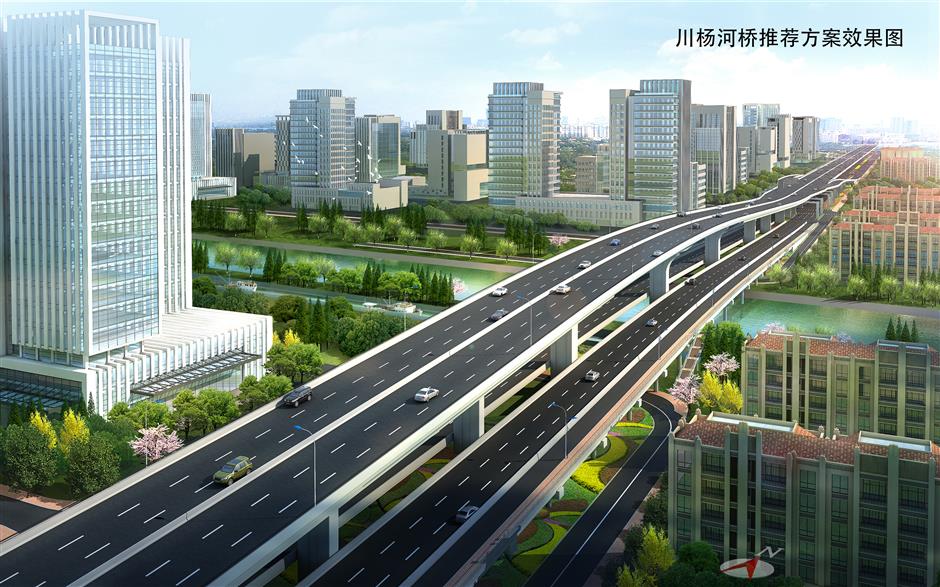 Construction started on Monday on the main structure of a new elevated expressway in Pudong to better connect the middle and outer ring roads with downtown. The 7.1-kilometer Jiyang Road Expressway runs along the current Jiyang Road, a major thoroughfare that is often heavily congested.

Upon completion in 2020, the expressway is expected to relieve pressure on the Inner Ring Road and Lupu Bridge, which is connected to the South-North Elevated Road, one of the busiest roads in the city.

Nearly 4,500 vehicles pass along Jiyany Road per hour at peak times, far exceeding its capacity, according to the city’s transport authority. The elevated expressway over the road will double its capacity.

The first pillar of the elevated part, 9 meters tall and weighing 81 tons, was erected on Monday morning. All 218 pillars will be up by the end of this year and the main structure finished by 2020. Wuhan Not Necessarily Where Coronavirus Crossed From Animals Into Humans: WHO Expert

Although the first clusters of atypical pneumonia were reported in Wuhan, China, it doesn't necessarily mean that is where the COVID-19 disease crossed from...

Construction started on Monday on the main structure of a new elevated expressway in Pudong to better...