A display area featuring animals once indigenous to Shanghai and East China opened at Shanghai Zoo in Changning District on Monday.

The creatures on show are those that once lived in Shanghai and neighboring areas or still make the city and surrounding areas their home, the zoo said. 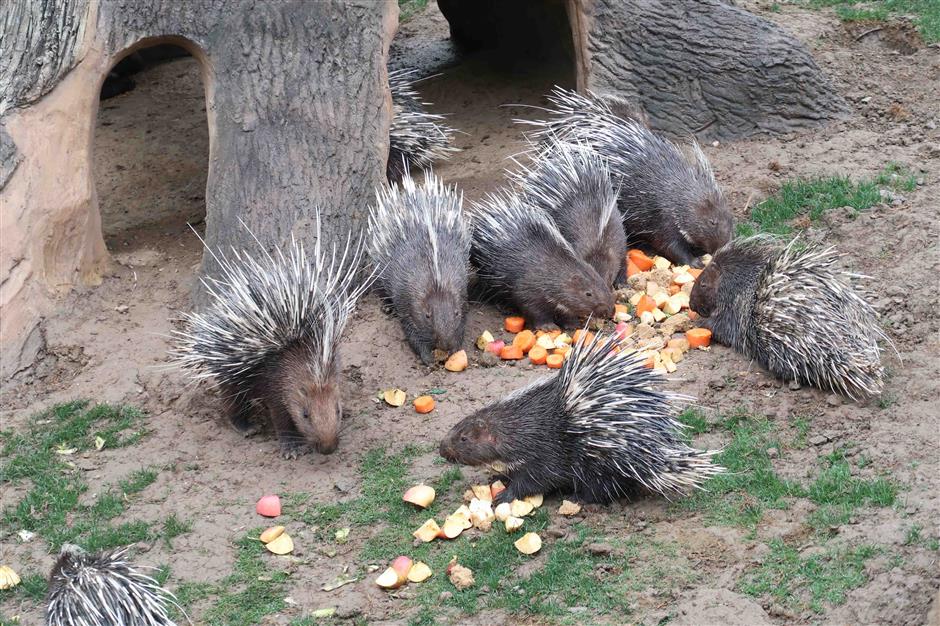 “Some animals once spotted in Shanghai have seen a significant decrease in population or have disappeared from the city,” said Pei Enle, director of Shanghai Zoo. “The display aims to introduce people to these animals, their diversity, their living conditions and the challenges they face, and raise people’s awareness of animal and environmental protection.”

Otters were once widely seen in Shanghai, but are almost absent from the city based on the zoo’s research in 2015, while river deer were last seen in the city last century in suburban Fengxian District, said Pei.

The environment of the Shanghai Zoo area simulates the city’s wetlands, hills and dense forests.

“Shanghai has rich wetland resource, which is home to the majority of animals living in the city,” said He Xiangyu, who designed the new area.

“We want to recreate a natural habitat for them so that visitors will feel like they are walking into these animals’ homes,” he said.

Lakes, brooks, islands and sandbars provide a natural habitat for birds and rocks, and branches have been arranged on islands to attract wild birds as well.

For raccoon dogs and hog badgers, bushes, pools and soil pits have been installed to create their ideal environment.

It is difficult to see the Eurasian badger in the wild because it is only active at night, said keeper Sun Wenting.

In the 1950s and 1960s, they were often spotted in the city’s suburbs, particularly in Songjiang, Jinshan, Fengxian and Jiading districts.

“However, the number of wild Eurasian badgers shrank gradually with urban development,” she said. “Eurasian badgers like eating meat and insects, and are good hole diggers and fierce.” 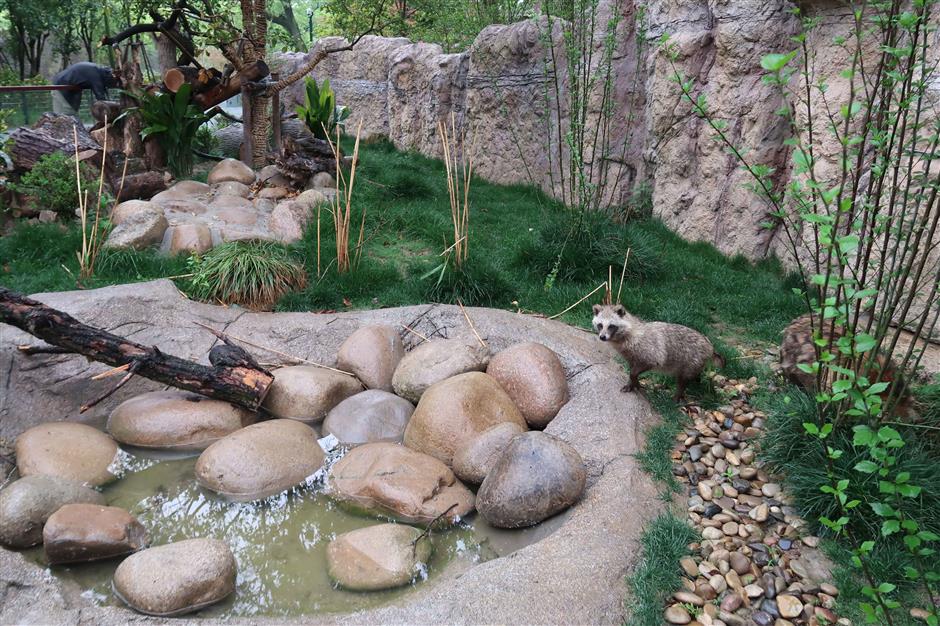 Porcupines, red foxes and river deer are also living in the new area.

“Porcupines are covered with quills and the quills will stand up when the animal is nervous, and they mainly eat plants and vegetables,” said Sun.

“Red foxes are smart and are good at strategy. They will track prey to its den and they even eat rotten meat in tough conditions.”

River deer, which favor wetlands, were seen in Shanghai as early as in the Neolithic period. In the late 19th century, they were common in Qingpu and Fengxian districts, according to the zoo.

However, changes to the natural environment and human activity made the animal virtually extinct in Shanghai in the 20th century, the zoo said.

The city began to reintroduce the animal in 2006 and their population is growing.

“River deer are timid and lack the ability to protect themselves,” Sun said.

The earliest tiger movement in Shanghai was recorded in the Yuan Dynasty (1271-1368), and there were about 20 sightings of tigers in the city, according to the zoo.

“We are trying to create an immersive experience for visitors to observe these animals,” He said.

For example, the otter area has been divided into three sections, allowing visitors to observe the animal on land and see it playing in water and swimming underwater.

An observation platform, bridge and boardwalk inside the area also helps visitors get a close look at the animals, said He, the area designer.

Guided tours will be arranged, and educational films will be screened, allowing visitors to learn more about these animals, the zoo said. A display area featuring animals once indigenous to Shanghai and East China opened at Shanghai Zoo in...